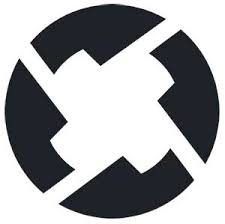 The idea for 0x protocol came from two crypto-enthusiasts, Amir Bandeali and Will Warren. In their opinion, the Ethereum blockchain is developing at an incredible pace. Thanks to tokenization through the Ethereum network, more and more assets will become digital, which will lead to the need to introduce a single standard for the exchange of […]

The idea for 0x protocol came from two crypto-enthusiasts, Amir Bandeali and Will Warren. In their opinion, the Ethereum blockchain is developing at an incredible pace. Thanks to tokenization through the Ethereum network, more and more assets will become digital, which will lead to the need to introduce a single standard for the exchange of these assets.

This “yardstick” should be 0x, which will make exchanging Ethereum tokens faster and cheaper. Amir Bandeali and Will Warren gathered a group of like-minded people and started the crypto project in 2016. At the same time, the first 0x-based smart contracts were launched. However, they worked only in test mode.

Already in 2017 the team expanded, and released several more test versions of smart contracts and improved the work of 0x. Also in the middle of the year, the team held an ICO and raised almost $24 million for their project. Participants use 0x wallet to get tokens.

In 2017 (January) an alpha version of the site was launched. It was launched to test, so it was difficult to call it full-fledged. But to check how to use the 0x protocol, it was quite enough.

By the way, the project was funded until March 2017. The main contributors were Polychain Capital, Blockchain Capital, and Pantera Capital. In addition, March turned out to be quite eventful for this project. For example, it was awarded the victory in the “Consensus 2017” contest. This fact caused considerable interest in the 0x protocol in the past.

The first version of the project was a slightly modified protocol of Etherium. Developers tried to make it more secure, but the essence of the matter does not change. During the ICO, this protocol has already been tested and proved to be reliable. To show the algorithm’s work more clearly, the team formed 0x OTC.

So, 0x is an open-source protocol. Its mission is to provide P2P-trade tokens that support the ERC20 standard. Thanks to this approach, developers can easily use the platform as a starter, while creating their decentralized exchanges (DEX). At the same time, they will not have to pay any commission, as the product is open-source. You can store 0x tokens in a non-castodian Sapien ZRX wallet.

The result is a solution that helps use technology faster, cheaper and more liquid. It improves the process of cryptocurrencies P2P-trading, which were created using the Ethereum platform (ERC20 tokens). In addition, one of the distinguishing features of the program is the possibility of its use not only by decentralized exchanges. It is also available for ordinary developers who create their projects using the Ethereum platform as a starting point. And given that today almost every first project comes out on Ethereum, the possible scale is great.

0x is an open protocol for decentralized exchanges based on the Ethereum blockchain. One of the main goals of 0x is to become a basic “building block” which can merge with other protocols and thus create complex decentralized applications. This should make it cheaper to buy and sell Ethereum-based cryptocurrency.

For example, market makers on exchanges now have to spend gas when they create, modify or cancel an order to trade a cryptocurrency every time. This is especially costly when prices fluctuate sharply when traders must adjust to changing market conditions. Moreover, all “accounting”, i.e. order history is stored in the main chain, which leads to reduction of network bandwidth. To solve this problem, two technologies were invented.

The first one is the Automated market maker (AMM). This is a type of smart contract that allows replacing the “accounting” in the main blockchain with a model that adjusts to the price of a particular cryptocurrency. The second way is State Channel. It allows you to take transactions off the blockchain altogether, which reduces the load on the network. The point of this technology is that traders exchange cryptographic messages without their detailed “publication” in the main chain before the final result.

For example, when playing poker on a blockchain, each player’s individual moves are not recorded in separate transactions, but in one general transaction at the end of the game. Such a scheme greatly reduces the workload of the entire blockchain, but, it is too vulnerable to DDoS attacks. Moreover, State Channel is isolated from Ethereum, which makes it impossible to use smart contracts.

0x combined these two options, and developed the principle of “creating an order on off-chain and closing it on-chain”. In this approach, cryptographically signed orders are transferred off-chain. Transaction costs are minimal because the market maker can make changes to the order outside of the blockchain, and the transaction itself only takes place when the cryptocurrency is sent. Accordingly, it is also written to the blockchain at that time.

ZRX cryptocurrency was created to support this system. It is used by makers and takers to pay fees to Relayer, the entities that store and maintain records of public orders. The second main purpose of cryptocurrency is to support the decentralized management of the 0x system. 0x users use ZRX to vote on changes to the protocol.

The working principle of 0x does not provide for ZRX mining. The maximum amount of cryptocurrency was issued during the ICO and amounts to 1 billion ZRX. ZRX hardware wallets have great popularity among 0x protocol investors. New cryptocurrency projects rarely attract much attention from the first months of their existence. Still, the high competition in this industry has an impact. But when 0x tokens appeared, many people became interested in them.

ZRX is the cryptocurrency of the future because the concept of 0x was developed to facilitate interaction between decentralized applications. Therefore, cryptocurrency exchange operations become much more accessible than it was before it appeared.

Where to store ZRX?

ZeroEx cryptocurrency is built on the ERC20 standard of the Ethereum blockchain. Many wallets have been developed for it. For increased security, ZRX can be stored on a ZRX hardware wallet.

The question of how to create a ZRX wallet is the most popular among other questions about this project. You should carefully choose a wallet for this cryptocurrency because not all wallets can provide high safety. The main advantages of the Sapien ZRX wallet are:

To store your ZRX cryptocurrency you should use a reliable 0x wallet. Sapien Wallet is one of the best wallets for ZRX crypto as it is non-castodian and safe. Our wallet is the best choice for long-term investing in ZRX. Moreover, Sapien Wallet is a multicurrency wallet.

The 0x protocol is extremely popular. For example, more and more decentralized applications are switching to it. Developers are actively using it to create their own projects. Advantages of ZRX cryptocurrency:

The developers approached the project with full responsibility. For example, they managed to develop a full-fledged system that includes free smart contracts. To connect to this system, you don’t need anything. Any software can do this, as long as it is related to cryptocurrencies.

As for changes, they are introduced in the main protocol, bypassing the users working on the site. In addition, according to the creators of the project 0x, they will not make a commercial product out of their development. So 0x protocol is an open and free project that is very useful.