Sapien Wallet and Sapien network are two different projects which have nothing to do with each other. Sapien Wallet is constantly developing. 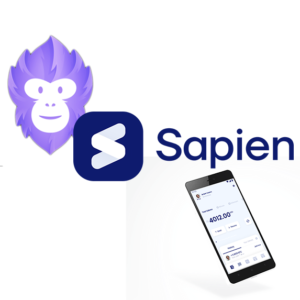 Sapien Wallet is a multicurrency mobile wallet with minimal fees, which has nothing to do with Sapien Network. It is one of the first cryptocurrency wallets with a user rating system so it is a unique perspective project.

The idea for Sapien Wallet came long before the first beta version of the app was developed and well before Sapien Network came along. A huge number of users confuse these two projects, which negatively affects the reputation of the Sapien Wallet.

In principle, the ideas behind the creation of Sapien Wallet and Sapien Network are almost identical — freedom of human choice. However, Sapien Network is just an idea that has not gained much support from users. This project is not developing.

Sapien Wallet is a full-fledged multi-currency wallet with minimal fees, which is currently used by at least 10,000 users from all over the world. The popularity of Sapien Wallet is constantly growing. The development team is actively looking for investors, developing the infrastructure of the application, and investing in advertising.

As for Sapien Network — it is a democratized social platform capable of rewarding content creators and curators without intermediaries. It has its own cryptocurrency — SPN. SPN is an ERC20-compatible cryptocurrency that drives all actions on the platform.

Sapien Wallet is based on the human rating system, which is designed to stabilize relationships between people. The developers believe that using human rating will minimize the boorish behavior of strangers. Also, it will reduce the number of fraudsters, which is a huge problem in society at the moment.

With the innovative lightweight wallet, people will be able to rate and analyze companies and each other post-transaction. The post-transaction rating will be used to determine the numerical score of another person/business, demonstrating how beneficial it is to trust that person or business.

After the transaction participants can leave feedback about each other. This system works very transparently, as no factors are influencing the participants in the transaction. If both sites are happy with communication with each other, they will leave a positive evaluation and positive feedback. If someone is dissatisfied with something, he or she will definitely tell you about it in the feedback. Such a system in the cryptocurrency world will make users think about their behavior.

What are the benefits of our human rating system?

People with negative reviews and evaluations will be treated with suspicion, refuse to cooperate, and so on. Human rating will help improve the relationship between people in society.

An interesting idea has been implemented (currently being tested) in China. We want to mention, the developers of Sapien Wallet do not support the attitude of China to the rights and freedom of its citizens. The project in China works like this: if the system considers that someone is living wrongly, it lowers his or her rating, which leads to the imposition of sanctions. Sanctions affect almost every aspect of human life – from the ability to get an education and a good job to freedom of movement.

The idea to create a system to control the behavior of citizens in China has been maturing for decades, but its official “birthday” is July 14, 2014, when the local government first published plans and goals for its implementation. Officially, the goal of this system is to “build a harmonious socialist society”.

Chinese citizens are monitored by modern digital technology that can track their every move, from shopping to household habits. The system is a big bank of information, displaying as many aspects of Chinese life as possible. For example, yesterday he or she helped 5 grannies and bought diapers, and today he or she ran a red light and didn’t pay for parking. In the first case, his or her rating will improve, and in the second case, his or her rating will deteriorate. It is very important not to get on the blacklist as it is almost impossible to get out of there.

Examples of using a human rating are Uber and Lyft. The difference between the behavior of regular cab drivers and drivers from apps with ratings is great. Most people agree that drivers providing cab services via apps provide a higher level of service and exhibit more positive behavior towards customers. This is because cab drivers are under the passenger’s scrutiny, and their actions and behavior determine the height of appreciation assigned by the customer, which is a determining factor in getting customers in the future. 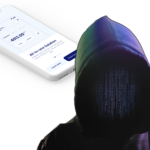 Sapien Wallet scam – is it true?

There are no resources saying that Sapien Wallet is a scam project. Is it truth or just the marketing strategy?
Автор - Max Hil / 17 December, 2020 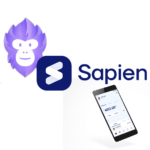 Sapien Wallet and Sapien network are two different projects which have nothing to do with each other. Sapien Wallet is constantly developing.
Автор - Max Hil / 14 December, 2020